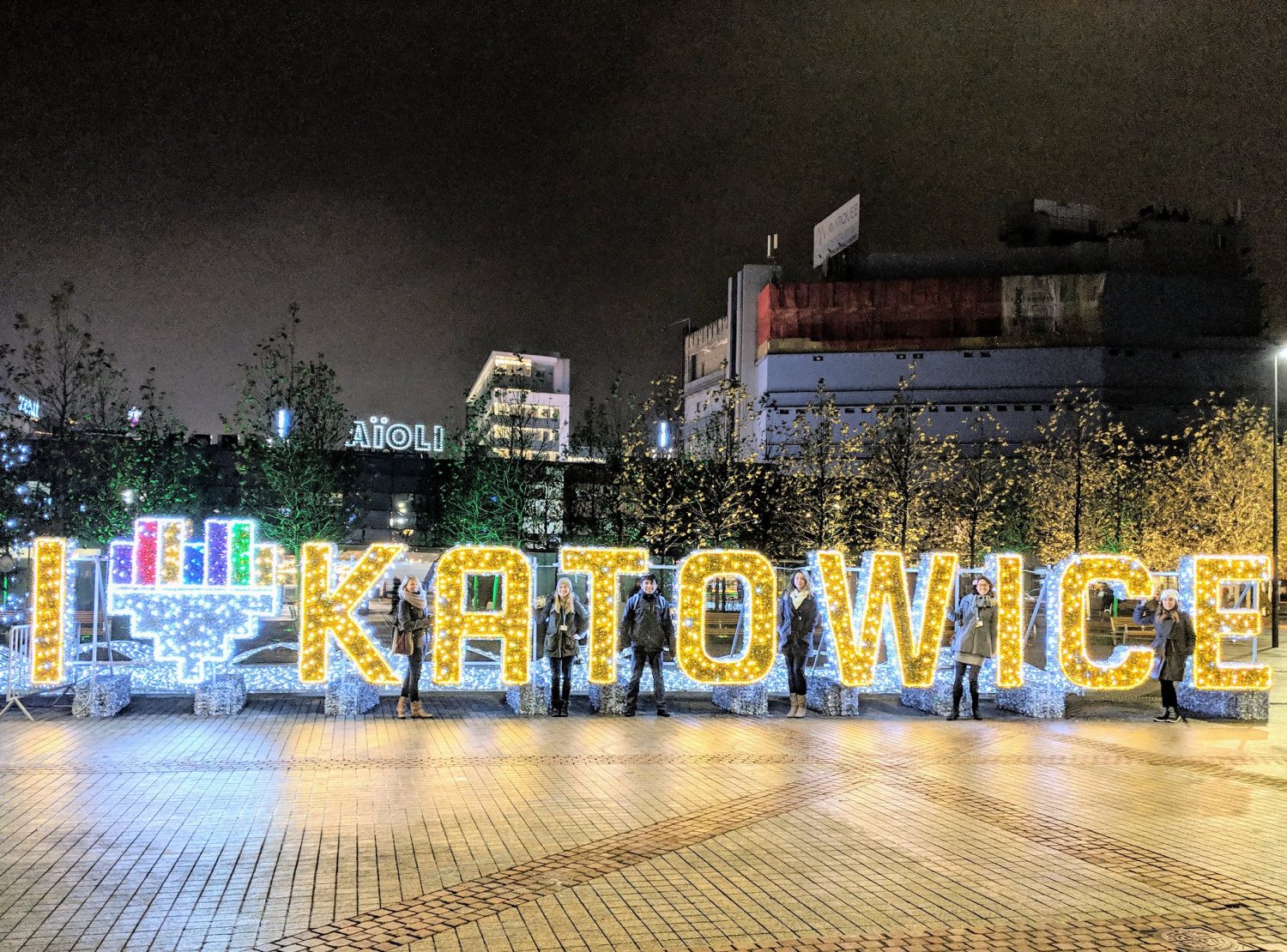 With support from the Julia R. Brown Fund for Climate Change Research and Education, MacKenzie Elmer traveled to the 24th United Nations Conference of the Parties (COP24) in Katowice, Poland. As a member of the Scripps Institution of Oceanography delegation, MacKenzie represented the Masters of Advanced Studies in Climate Science and Policy program. Read below for her COP24 testimonial and next steps. 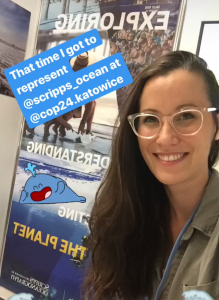 This winter I traveled to the 24th United Nations Conference of the Parties in Katowice, Poland as a member of the Scripps Institution of Oceanography delegation. Traditionally, Scripps sent budding scientists to share snapshots of their research with conference attendees. But this was the inaugural year for Scripps’ new Masters of Advanced Studies in Climate Science and Policy of which I had the honor representing.

My time at COP was absolutely critical to the development of my master’s project: climate change-induced displacement and migration. It was a burgeoning topic at COP24. No international legal framework exists to help countries tackle this outfall from climate change. At COP, I looked for groups presenting ideas that the United States — which holds the greatest share of international migrants in the world — could eventually employ once domestic politics inevitably flip. I exchanged ideas with Robert Oakes, a United Nations University scholar who is designing a model marrying the hard science of environmental risk with the social science of social networks and community-level mobility. He’s attempting to build a new kind of climate model that can predict which areas of the world might produce climate change refugees.

I also had a front-row seat during international climate debates and came away with a more informed understanding of the United States’ actual conduct at COP. Publicly, Trump’s chosen advisors made a show during a side event promoting coal, oil and gas production. Protesters occupied the first 15 minutes of the presentation while UN officers blocked others from entering, including myself and a few surprised and well-credentialed American delegates. It was the kind of sensational newsmaking affair you might expect from the Trump administration.

But being a Scripps delegate, I had a kind of privileged access to meet the real U.S. negotiators who were seasoned ambassadors (and Scripps supporters), the same delegates I’m told were present during the US-lead negotiations of the Paris Agreement. They were reassuring of our country’s true efforts to hold-out until politics change.

I am now embarking on a reporting trip to Chile where Scripps scientists are studying how lithium mining affect the groundwater table in the Atacama Desert, a place that will experience more extreme weather due to climate change in the coming decades. Will these tribes that have lived on the land for centuries be forced to move due to climate change driven by developed countries and the lifestyle demand for electric vehicles in places like California?

COP25 will be held in Santiago this December where I hope to share what I find.