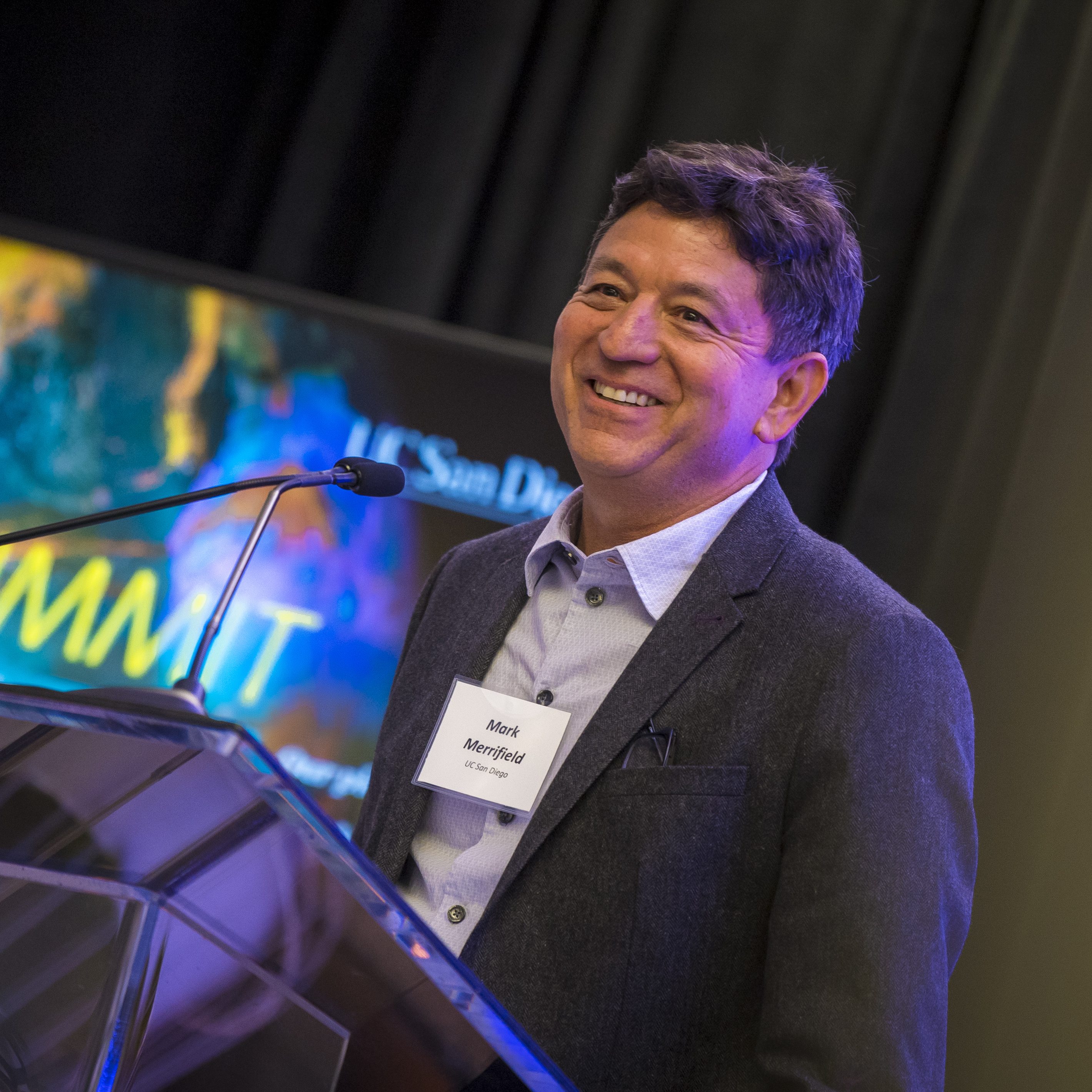 Mark Merrifield has spent the past two decades studying global and regional sea-level change. A Scripps alumnus, Merrifield returned to campus from a 20-year stint as director of the University of Hawaii Sea Level Center to direct the Center for Climate Change Impacts and Adaptation. Merrifield's research areas include sea-level rise and climate variability, coastal oceanography, and nearshore processes. He received his PhD in Oceanography from Scripps in 1989, was a postdoctoral researcher at the University of New South Wales in Sydney, Australia from 1989 to 1991, followed by a return to Scripps as a project scientist and researcher. In 1994, he joined the faculty at the University of Hawaii at Manoa in the Ocean Engineering department, subsequently moving to the Oceanography department from 1997-2017. He has a longstanding interest in linking basic and applied research outcomes to practical solutions for societal benefit. Merrifield has had experience working with partners in academia, industry, government, and non-government organizations as the chair of the Global Sea Level Observing System, as the lead investigator of the Waves and Water Level component of the Pacific Integrated Ocean Observing System (PacIOOS), and as a lead author of the Sea Level Change chapter of the Fifth Assessment Report of the Intergovernmental Panel on Climate Change. As the Center director, Merrifield is supporting and conducting research that advances the understanding of climate impacts and provides meaningful projections, while preparing the next generation of scientists, engineers, and policymakers in risk assessment and adaptation strategies.

Back to Team page