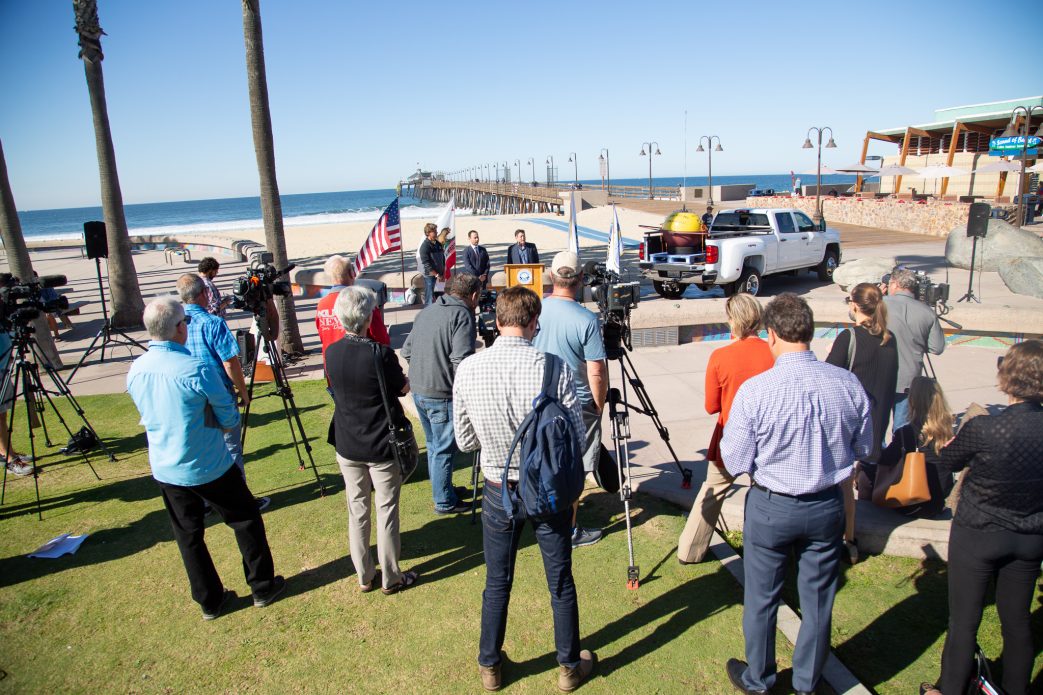 The Center for Climate Change Impacts and Adaptation is teaming with the Imperial Beach community to upgrade the city’s flood alert capabilities and to develop tools to better prepare stakeholders for sea-level rise. The dedicated observing network and modeling system will provide the information needed for accurate, early flood warnings for vulnerable locations throughout the city, as well as the baseline information needed to develop and evaluate future sea-level rise adaptation strategies.

“This program will help Imperial Beach to understand what factors are contributing to flood events and inform preparedness for emergency managers and the community at large,” said Mark Merrifield, director of the CCCIA at Scripps and a leading sea-level rise expert. “These tools will also help assess future flooding risk as sea levels continue to rise.”

“It is an honor for the City of Imperial Beach to partner with Scripps Institution of Oceanography to be the first city in California to install sea-level rise monitoring technology along our beautiful beach as part of our efforts to monitor and adapt to rising seas,” said Mayor of Imperial Beach Serge Dedina.

Learn more about the Resilient Futures program from the Center for Climate Change Impacts and Adaptation at:  http://resilientib.ucsd.edu.

Read the full article from Scripps Institution of Oceanography here and see additional media coverage below: