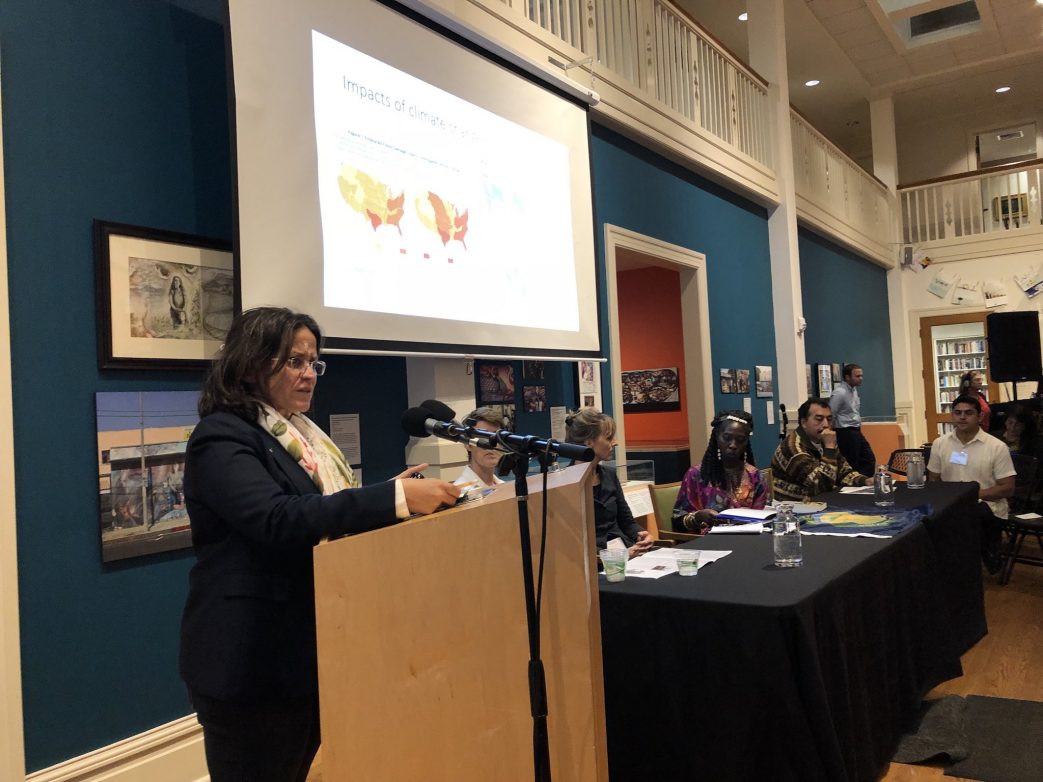 “Archaeological sites are washing away right now as we speak”, warned Dr. Rivera-Collazo as she opened up the panel Heritage as a Vector for Climate Action, Justice and Research. In Puerto Rico, where she studies these archaeological sites with her team, the devastating result of Hurricane Maria highlights the future of extremes expected under climate change. Dr. Rivera-Collazo stressed that the post-hurricane relief efforts from outside Puerto Rico can be “careless” — these communities can draw from their cultural heritage to better cope with rapid climate change. “Locals don’t need solutions. They need support.”

As an affiliated event of GCAS, the Climate Heritage Mobilization workshop helped map the major themes of the Paris Agreement by including panels on topics like the role of cultural heritage in carbon mitigation, climate finance, adaptation, loss and destruction, and high ambition.

Dr. Isabel Rivera-Collazo holds a joint appointment with Scripps Institution of Oceanography and the Department of Anthropology at UC San Diego. Learn more about her and the rest of our affiliated researchers here.

Thank you to the Scripps Institution of Oceanography’s communication team for the reporting on this year’s GCAS.