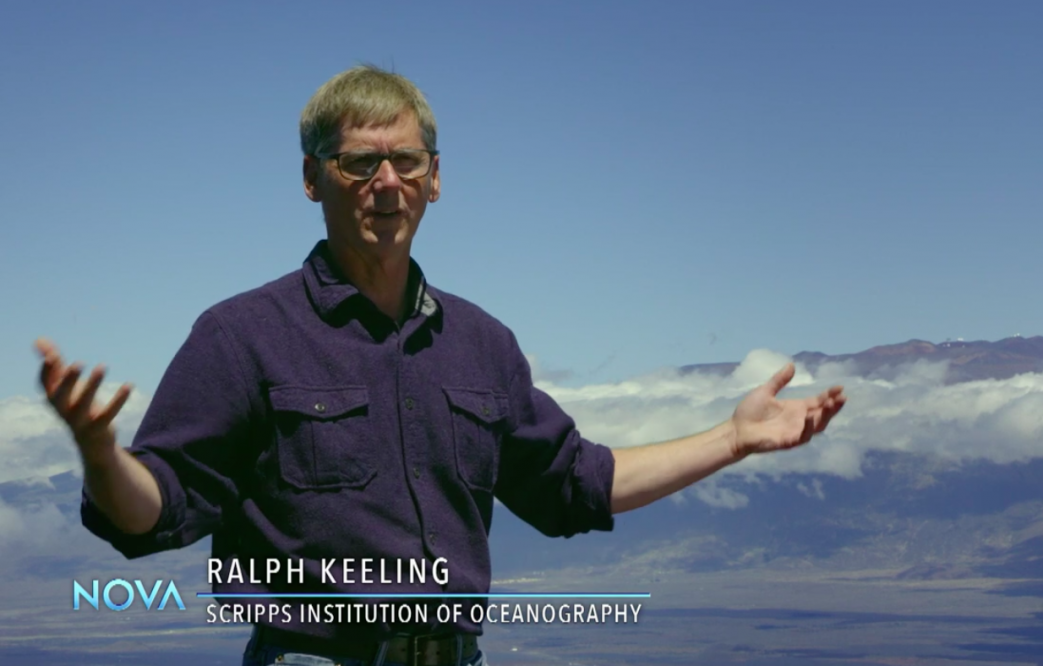 Scientists from around the world were featured in “Decoding the Weather Machine”, a two-hour documentary aired by PBS on April 18th. One of those scientists was Dr. Ralph Keeling, program director of Scripps’ CO2 Program and affiliated researcher at the Center for Climate Change Impacts and Adaptation. His research builds on the legacy left from his late father, Dr. Charles David Keeling, who first recorded both the seasonal fluxes and steady increases in atmospheric CO2 levels with the Keeling Curve. Today, Dr. Ralph Keeling is analyzing air samples to pinpoint the source of CO2 in the air. “Fossil fuels have been locked up underground for millions of years. So, when we emit fossil fuels into the atmosphere, we’re emitting carbon that is very different. It has a very distinct fingerprint.” Keeling’s work, amongst others, prove that human actions are the cause of global climate change.

“Decoding the Weather Machine” was aired on April 18 by NOVA from PBS. The full documentary is available for online streaming here.

Learn more about Dr. Ralph Keeling and our other Research Affiliates here.