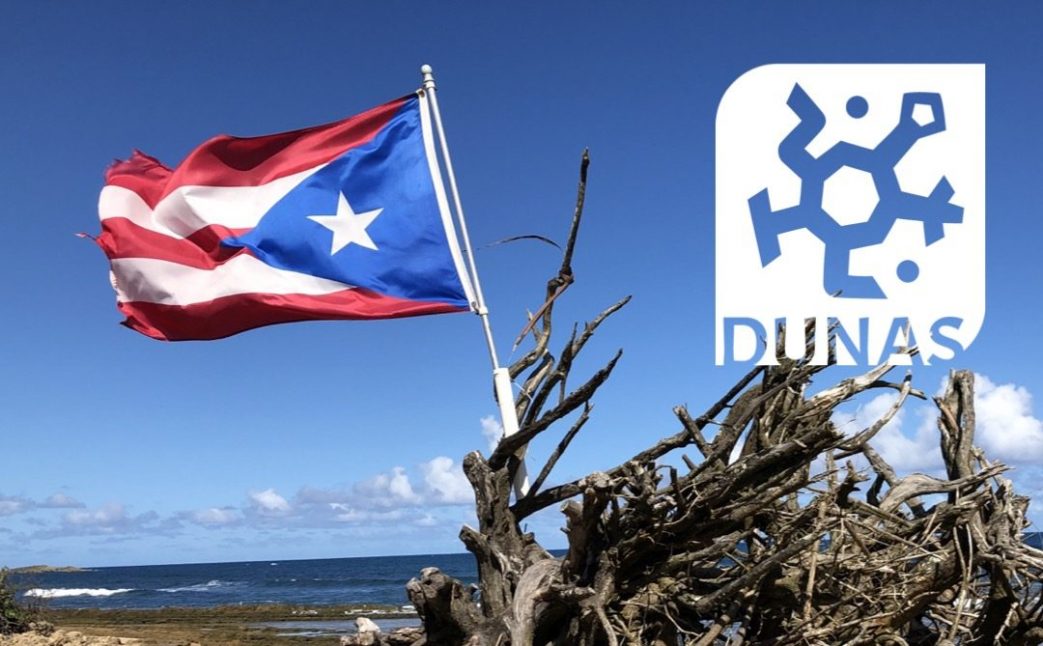 In September 2017, Hurricane Maria devastated Puerto Rico causing considerable impacts to both natural and human communities. For this small Caribbean island, the ramifications of global climate change are visceral and imminent — however, Puerto Rico’s is not a story of desperation but of resilience.

The DUNAS project — which stands for “Descendants United for Nature, Adaptation, and Sustainability” — was convened to restore coastal dunes in northern Puerto Rico that were severely degraded by Hurricane Maria and other increasingly frequent extreme storm events. Although sand dunes are vulnerable to damage, they are critical for protecting ecological environments, cultural artifacts, and human communities. By coming together to recreate dune features that were resilient to past extreme events we can buy time to better protect critical habitats and mitigate against future climate impacts. 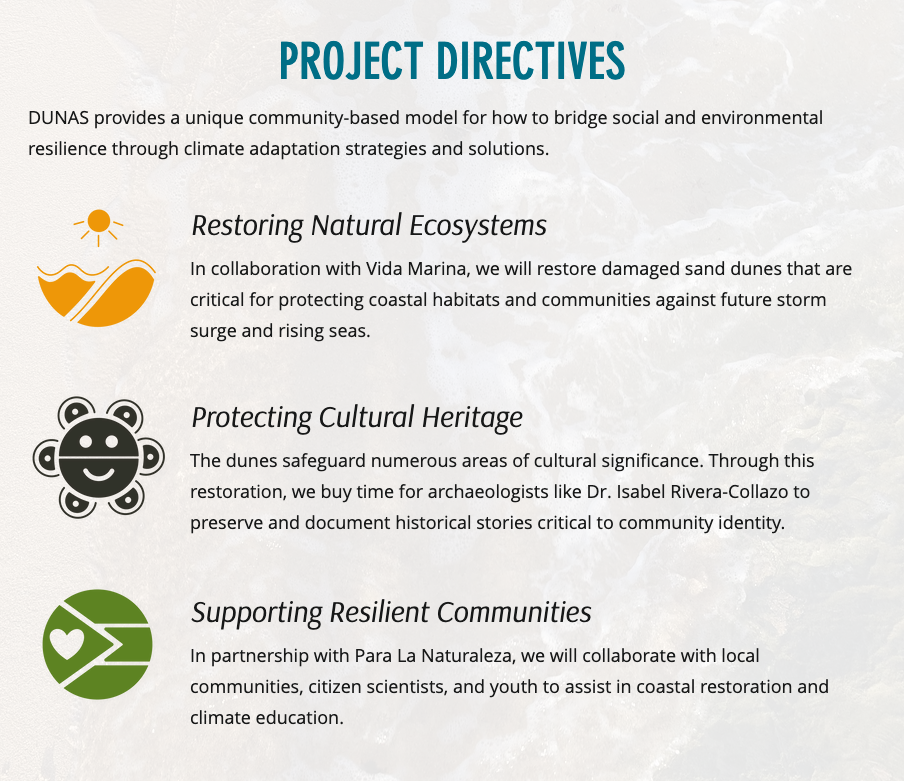 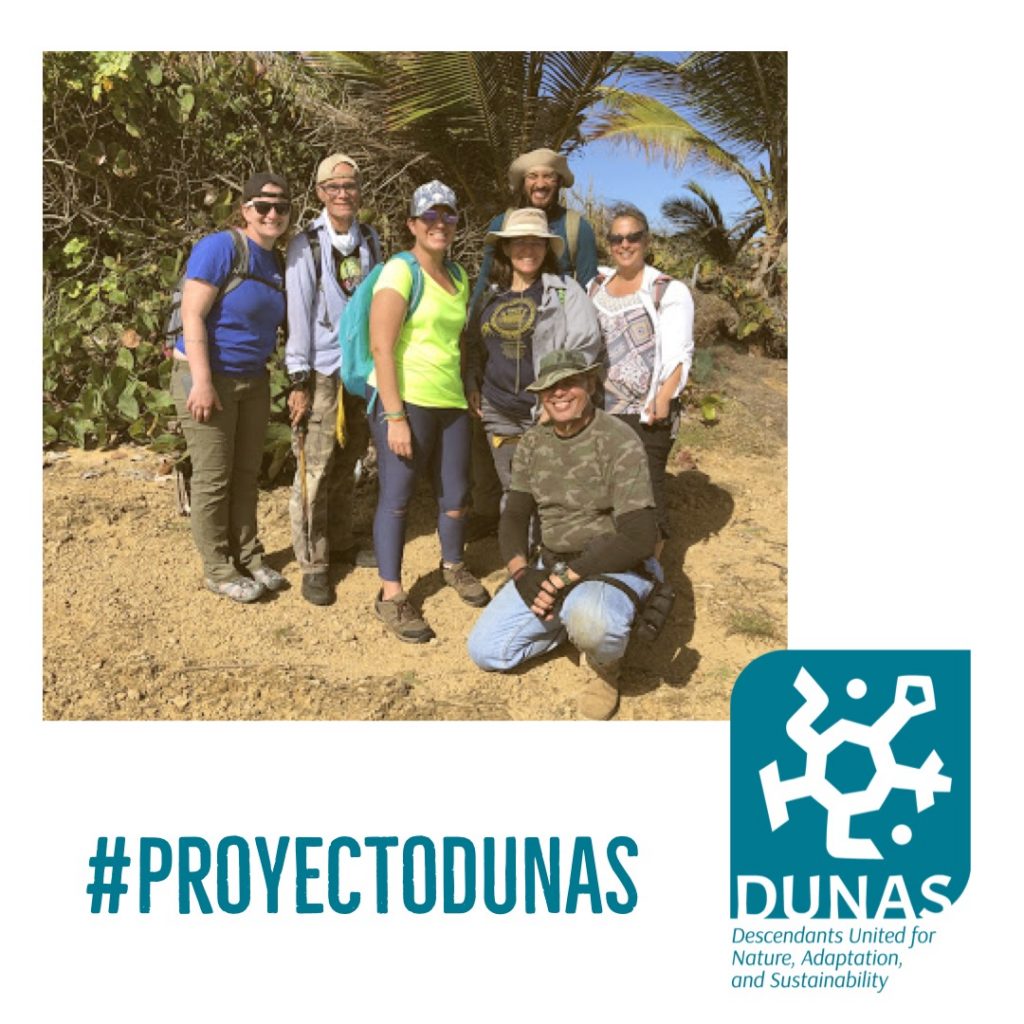 Dr. Rivera-Collazo, the Principal Investigator of DUNAS, holds a Center-affiliated joint appointment between UC San Diego’s Scripps Institution of Oceanography and Department of Anthropology. Utilizing geoarchaeology, archaeomalacology, and marine ecology techniques, the Rivera-Collazo research group focuses on the effects that human activity has over island ecosystems through time, as well as how people have responded to climatic and environmental change in the past. Taking an applied approach, the team works with local communities in the quest for understanding the current and expected impacts of climate change, including threats to coastal heritage.

Dr. Robert Mayer, the Director of Vida Marina, has just joined the Center’s team of affiliated researchers. Vida Marina is part of the Center for Coastal Conservation and Restoration at the University of Puerto Rico at Aguadilla.

This project was made possible through a 2018 Climate Adaptation Fund grant from the Wildlife Conservation Society (WCS) entitled, “Puerto Rico se Levanta: Learning from extreme events to build and sustain a resilient future”. Support to establish the Climate Adaptation Fund was provided by a grant to the WCS from the Doris Duke Charitable Foundation.