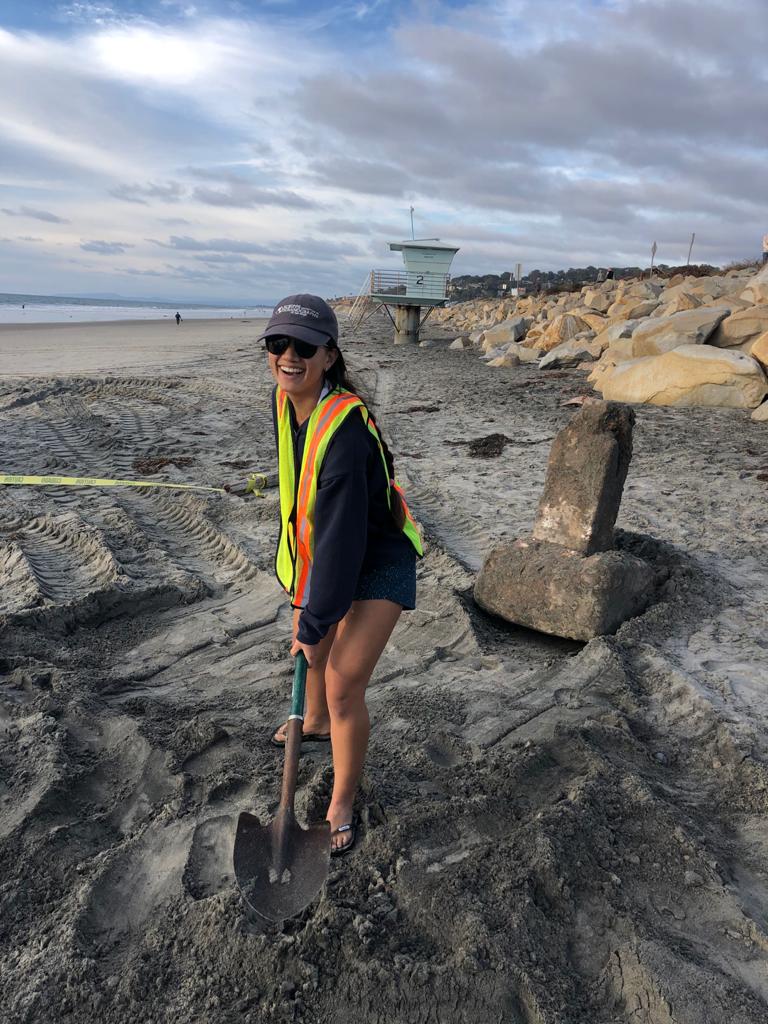 Graduate student Lauren Kim is with the SIO Coastal Processes Group and affiliated with the Center.  She recently attended the AGU Fall Meeting, where she shared her emerging research on saltwater intrusion in the coastal wetlands of the Pajaro Valley in California. In this blog post, Lauren shares a bit about that research.

In the Pajaro Valley in California, there is a large coastal agricultural sector that relies primarily on groundwater for irrigation. The Pajaro agricultural sector is threatened by limited surface water and seawater intrusion (SWI) in its coastal aquifers, both of which are exacerbated by climate change. To address this, the Pajaro Valley Water Management Agency (PVWMA) has implemented a managed aquifer recharge (MAR) program, reliant on diverting freshwater from a coastal slough. However, this MAR program has been threatened by high salinity events in the slough at the point of freshwater diversion.

My research hypothesizes that these events stem from compound coastal and inland drivers, including lagoon mouth closures, wave overtopping, and variable inland precipitation and freshwater flow conditions — the future trajectories of which are unknown. To investigate the drivers of these heightened salinity events, we are using hydrologic and water quality data from sensors throughout the slough network, and offshore conditions from ocean buoys and tide gauges over the past decade. This research will inform adaptive freshwater management strategies in the Pajaro Valley, and is relevant to coastal communities worldwide where sea level rise and climate variability are likely to threaten freshwater supply and agricultural systems.