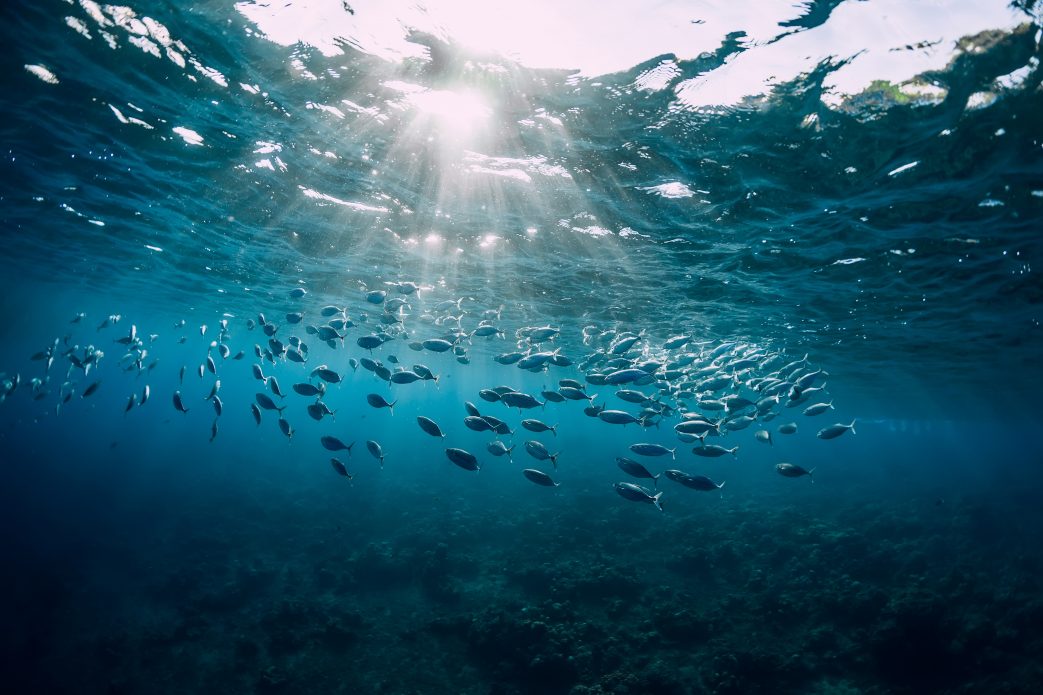 The tropical Pacific is home to one of the most unique and biodiverse ecosystem habitats in the world ocean. Intense primary productivity near the surface – fueled by equatorial upwelling – attracts marine life across trophic levels, from zooplankton and anchovies to tuna fish and whale sharks.

At depth, microbial communities consume oxygen (O2) during the remineralization of sinking organic matter, bringing O2 levels down to lethal conditions over vast, poorly ventilated stretches of the tropical Pacific. These waters, known as oxygen minimum zones (OMZ), have been observed to expand in recent decades, but a clear explanation for their expansion is still lacking. While anthropogenic warming is expected to drive a global decline in the oceanic O2 content, models (and scientists!) disagree widely on whether the OMZ should shrink or expand as the ocean gets warmer. Features such as mesoscale eddies, which are swirling vortices that arise from instabilities in the currents, may play a key role in setting the structure of tropical Pacific OMZ and their variability.

Center researcher Yassir Eddebbar and colleagues explored this question by looking at the oxygen impacts of Tropical Instability Vortices. Using a high resolution model simulation of ocean circulation and biogeochemistry, they found that these vortices lead to higher O2 concentrations in the ocean’s interior, deepening the OMZ boundary and expanding vertical ecosystem habitats along their westward passage. They also found that the generation of these eddies is strongly sensitive to seasonal shifts in the winds. Eddebbar and colleagues also investigated the mechanisms by which these vortices oxygenate the upper ocean, and found that complex 3-dimensional pathways explain the lateral and vertical vortex transport of O2 in the ocean’s interior (Figure 1). How these vortices will respond to future changes in tropical Pacific climate and circulation will likely contribute to how ecosystem habitats and fisheries will shift in this region.

This research has important implications for improving models and projections for how OMZs will respond to future ocean warming, assisting international fishery and marine resource managers with better preparing for changing ocean conditions.