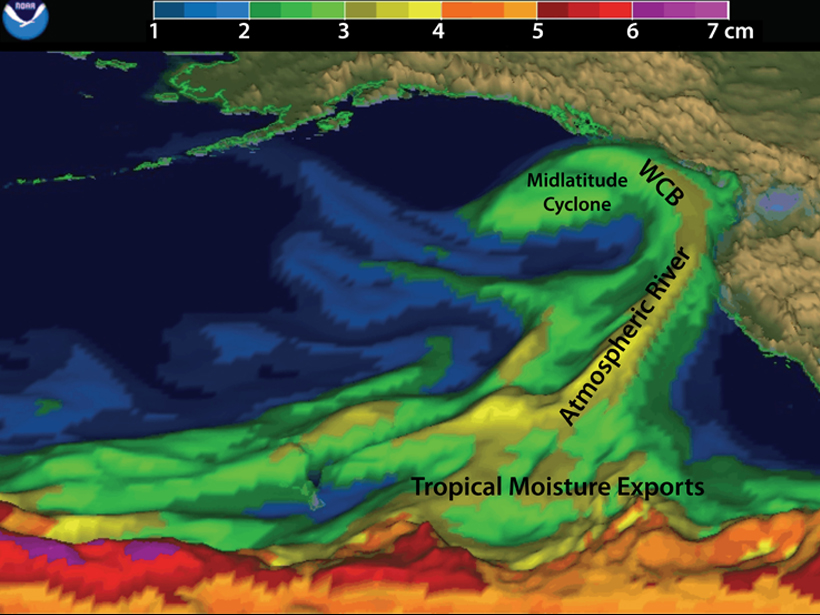 A new study led by Scripps Institution of Oceanography at UC San Diego suggests that a new regime of wet and dry extremes is emerging in California and that the projected bolstering of extreme precipitation is likely to be caused by streams of moisture in the sky known as atmospheric rivers (ARs).

California already has the most volatile water resources in the country. Scripps scientists discovered that the state’s precipitation, as it becomes less frequent but preferentially stronger, will vacillate even more wildly between extremes of drought and flooding as a consequence of climate change.

The researchers examined simulations of historical and future “business-as-usual” climate scenarios from sixteen global climate models, focusing on western North America. They found that all 16 models project that the heavy precipitation the West gets in the future will come more prominently from atmospheric rivers. Overall, California is expected to get about the same or slightly more precipitation over the long term but in a progressively more dramatic fashion. The frequency of precipitation will diminish because storms not related to atmospheric rivers will venture less frequently into the region, while ARs will be more potent in a warming climate.