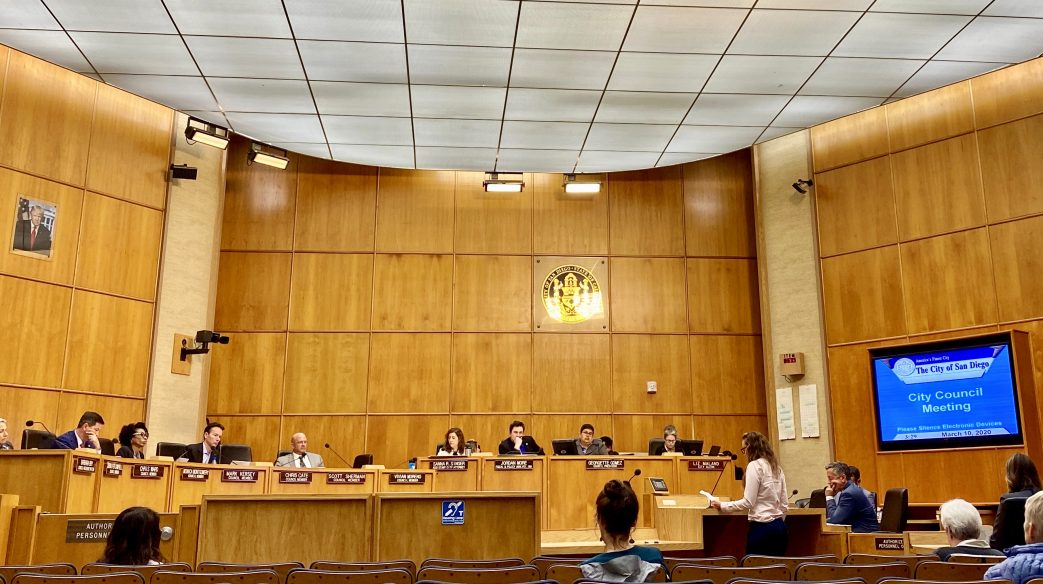 The City of San Diego officially declared a climate emergency during a city council meeting on Tuesday, March 10th.  Dr. Bonnie Ludka, a postdoc at the Center for Climate Change Impacts and Adaptation at Scripps Institution of Oceanography at the University of California San Diego, provided a public statement in support of the resolution.

Dr. Ludka’s statement summarized climate change patterns both locally and globally, including current predictions of climate change impacts on humans and the environment. Increased coastal flooding and erosion, more intense heat waves and longer durations of wildfires and droughts are just some of the local impacts that Dr. Ludka addressed in her comment.

The statement also highlighted the potential benefits that climate action would have on the City of San Diego and the surrounding environment, as well as emphasized the urgency of the resolution.

“An immediate and drastic global response is necessary, and the City of San Diego must lead the way,” said Dr. Ludka. “Scripps Institution of Oceanography hopes to continue to work with the city to monitor and model the climate, as well as climate impacts and adaptation strategies, to help the city navigate today and plan for the future.”

Around the world, climate emergencies are being declared with the goal of encouraging policymakers and governments into action. The climate emergency movement was started in Darbin, Australia and now covers 28 countries and over 1400 jurisdictions, corresponding to over 820 million in population globally.