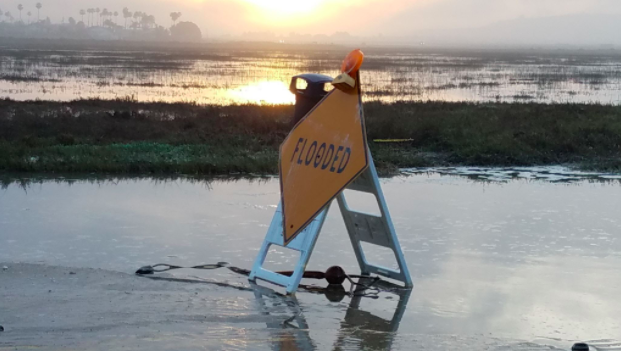 A team of experts from the American Planning Association (APA) in collaboration with several researchers from Scripps Institution of Oceanography and California Sea Grant released a new report, entitled Collaborative Planning for Climate Resilience, that provides a model for integrating regionally-specific science on climate hazards and potential impacts to drive integrated and coordinated regional adaptation planning and investments.

Among the key findings are that the San Diego region is susceptible to a host of climate change threats, including a rise in ambient temperatures and sea-levels, with some of the most severe near-term impacts caused by extreme weather conditions leading to greater risks of wildfire, extreme heat, flooding, and erosion.

“It was important to highlight in this report how San Diego is at risk for the possibility of extreme events that co-occur or happen sequentially, thereby increasing and exacerbating coastal flooding hazards of today and the future. Specifically, urban flooding extremes where both intense rainfall and ocean-driven storm energy overwhelm the region’s low-lying coastal areas and drainage systems,” says Engeman of her role as co-author.

While climate adaptation and resilience planning is already underway in San Diego, the report emphasizes that the threats associated with climate change make it increasingly important to integrate and coordinate local and regional planning efforts in ways that bring scientists, planners, practitioners, and community members together.  It outlines several pathways for bridging these planning processes within San Diego’s multiple jurisdictions and also emphasizes the importance of integrating climate equity and justice into such plans, paying attention to historically under-resourced communities that are particularly susceptible to climate change impacts.

The report can be found here.