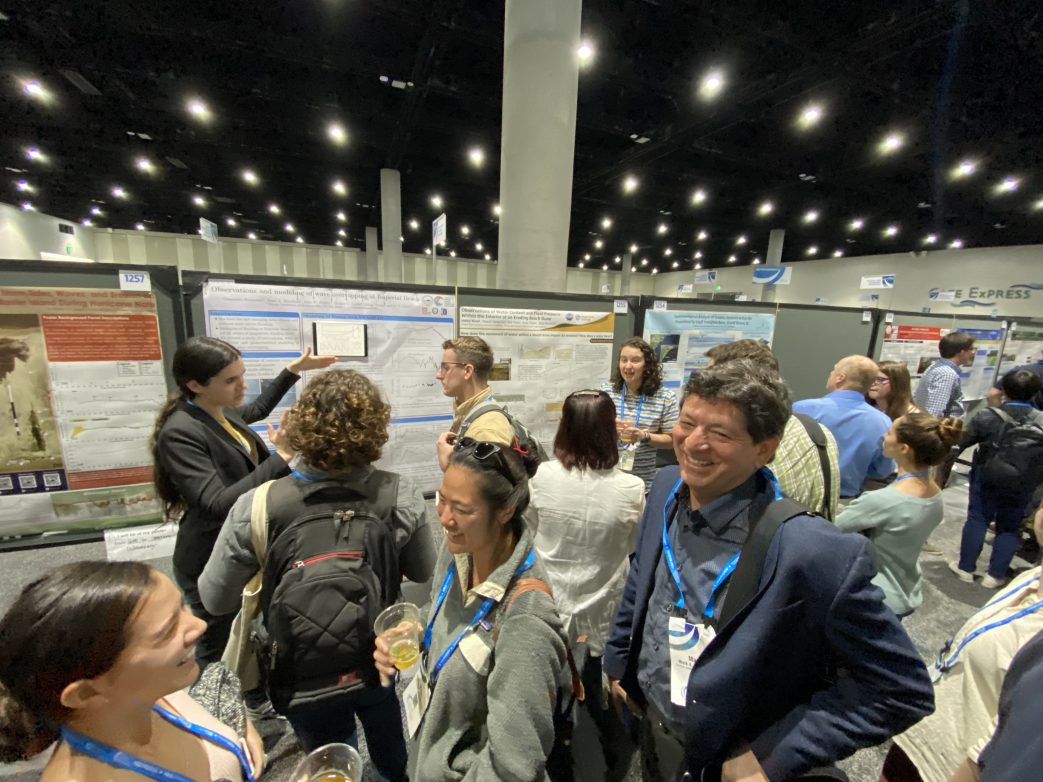 International scientists flocked to San Diego, California last week to engage in a six-day conference centered on ocean sciences and the greater ocean-connected fields. The Ocean Sciences Meeting–one of the largest conference in the field–included oral presentations, posters, workshops, and group discussions, and touched on everything from marine policy to ocean circulation and extreme weather. Pressing issues of climate change and sea-level rise were covered in depth by CCCIA researchers, postdocs, and students.

Director Mark Merrifield presented at several events throughout the week, including a “Town Hall” meeting in which oceanographers, economists, and social scientists discussed the importance of the U.S. Integrated Ocean Observing System (IOOS). The IOOS collects and manages coastal, Great Lake, and ocean data worldwide, to support U.S. economic, safety, and environmental needs.

The scope of presentation topics by the CCCIA team illustrates the interconnected nature of climate change issues both in California and on a global scale. The CCCIA was thrilled to participate in this year’s Ocean Sciences Meeting along with collaborators, policymakers, businesses, and the ocean science community as a whole.