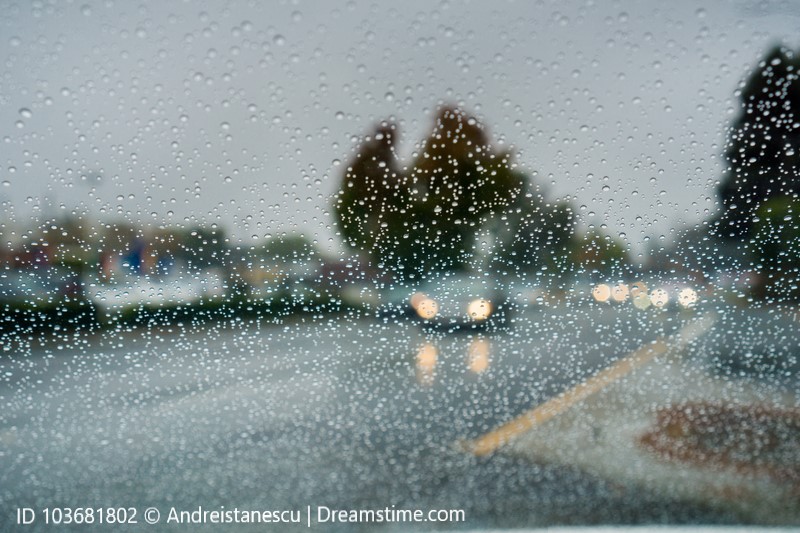 Sierra Byrne recently attended the 2022 Ocean Sciences Meeting where she delivered an oral presentation on her ongoing research of Southern California drought variability as seen through a sea surface salinity record. This work is in collaboration with Center director Mark Merrifield, Ron Flick, Melissa Carter, and Sasha Gershunov. In this blog post, she shares about this research.

Rain in Southern California is highly variable, from extreme Atmospheric River events to extended periods of drought. Severe drought can deplete natural water supplies and exacerbate wildfire activity, impacting both human health and infrastructure. Due to these potential consequences, the predictability of rain is of great importance for resource management. Our research looks at factors that have led to years of drought in Southern California, with the hopes that this look into the past can better inform us of what to expect in the future.

At the center of this research is the 38,000+ daily sea surface salinity measurements collected from the Shore Stations Program at SIO dating back to 1916. Using these measurements, we hypothesize that we can investigate patterns of precipitation on land over Southern California.  To do this, we compare the average rainy season salinity anomalies to precipitation and streamflow records collected nearby. Since precipitation is characterized by the flooding of freshwater into the surface waters of local waterways, we can identify times of abnormally low salinity in coastal waters as periods of unusually high precipitation activity – and vice versa.

The salinity record shows that short-term fresh anomalies are associated with local rain events and river outflow peaks. On a broader timescale, using winter season averaging, we see that years of high precipitation and streamflow correspond to years of low salinity (Figure 1). This validates that the Scripps Pier salinity record provides a measure of year-to-year variations in winter precipitation levels and coastal runoff.

Comparing salinity variability against the El Niño Southern Oscillation (ENSO) and Pacific Decadal Oscillation (PDO) climate indices, we find that there is a strong relationship when these climate indices are divided into “phases” (cold or warm). The cold phase of ENSO (La Niña) and cold PDO years both occur when salinity anomalies are weak, indicating that these years are characterized by a lack of significant rainfall. In particular, these low rain winters tend to cluster during cold phases of the PDO, including a three decade span from the late 1940s to 1970s, and the current megadrought that started in 2000.

In contrast, rainy winters (characterized by strong negative salinity anomalies) tend to occur during warm PDO and ENSO phases (El Niño), confirming findings from previous literature (2-6). However, the rainiest years, according to the salinity record, do not line up with the strongest El Niño years as might be expected. Our continuing research investigates the conditions that dictate whether a warm phase PDO/ El Niño year will be wet vs. dry. In particular, we assess what other climate patterns may influence the latitudinal positioning and occurrence of storm paths in the region.

The importance of this work stems beyond informing water management strategies. Identifying the natural drivers of interannual precipitation change is important for accurately modeling future climate change scenarios. The better we understand how rainfall patterns in the region are related to ENSO and PDO, the more accurately we will be able to predict how precipitation patterns may be altered with climate change.