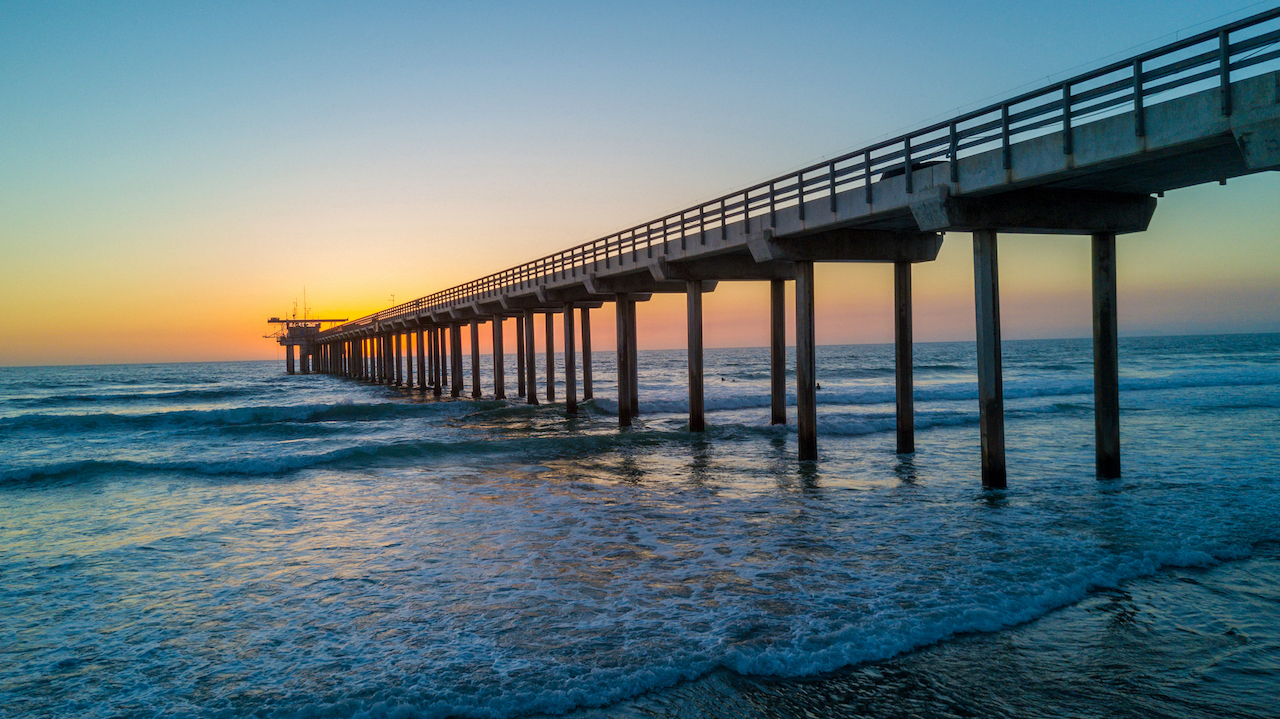 Data collected at Scripps Pier has been integral to cutting-edge oceanographic and climate research for more than 100 years. Daily sea surface temperature and salinity recordings began in 1916 and have been measured continuously to this day, making the Scripps Pier time series one of the longest ocean data time series in the Pacific, and providing an extremely valuable source of long-term environmental data for climate and ocean researchers. The Scripps Pier also supplies seawater to the labs and aquariums on campus, houses meteorological instruments that measure atmospheric gasses and aerosols, and serves as a classroom setting for Scripps students.

The Scripps Pier Symposium provides a window into how researchers from a wide range of subfields are using this data to understand and track oceanographic and climate trends. This year’s Symposium featured research from CPG/CCCIA researchers Mark Merrifield, Sierra Bryne, and Maren Hale in a talk titled “Indicators of climate variability in Scripps Pier temperature and salinity records.” The talk was divided into two sections, with each half covering new research projects led by Sierra and Maren.

Sierra’s research, which was recently submitted for publication, was featured in a CCCIA blog post in the Spring. Her project uses pier data to explore the connection between drought and sea surface salinity in Southern California, and has implications for both water management and climate modeling. Maren’s research, which is now in its final stages, focuses on the connection between temperature patterns on land in Southern California and climate variables such as clouds and sea surface temperature. Her work has helped to untangle these important linkages in this highly populated coastal zone where temperatures can have large impacts on people.

The symposium also included talks from 9 other researchers from Scripps and other affiliated institutions, each of whom featured data collected at the Scripps Pier centrally in their work. These talks were diverse in subject matter, on topics such as: how the Center for Western Weather and Water Extremes uses meteorological observations collected at the pier (Doug Alden), an overview of research featuring pH data from the Scripps Ocean Acidity Real-time Monitoring Program (Samantha Clements), ecological applications of pier data relating to marine microbes (Julie Dinasquet) and fish spawning (Ron Burton), and others.